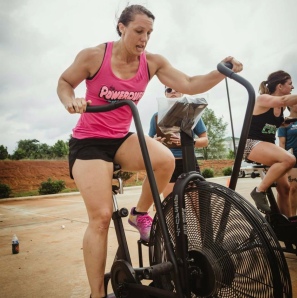 Katie grew up in Fayetteville, Tennessee.  She graduated from Lincoln County High School where she played basketball and volleyball. She then earned her Bachelors Degree from Athens State University in Physical Education and Health Fitness. She started CrossFit in 2015 and hasn’t turned back since. Given the opportunity to intern at CrossFit Madison, she found her calling and earned her CrossFit L1 Certification in 2017. Her passion is helping people and bringing them together. She loves to see the members at Empire South succeed and reach their goals. There is no other place she’d rather be than the Empire South community!

Carrie grew up in Huntsville playing softball in her youth. She has been self employed in the salon and real estate business for the past 19 years. In 2007 after taking a break from being an athlete, she decided to revisit her athleticism. In 2012 she found CrossFit and she was hooked from day 1. She loves the class structure aspect of CrossFit along with the variety of movements it has to offer. She always strives to be her best in each WOD. She has competed in many local competitions with numerous podium finishes. In 2017, she earned her CrossFit L1 Certification. 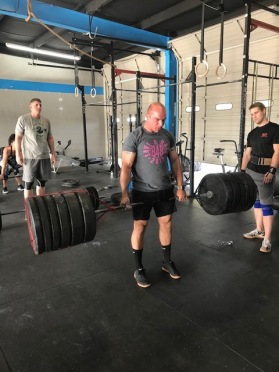 Eric grew up in Rogersville, Alabama. He is a Huntsville FireFighter. He is a Level 1 coach. Eric’s favorite movements are Deadlifts and Strict Handstand Push Ups. He does not like burpees… at all.

Tiffany grew up in Priceville, Alabama. She retained her undergrad from The University of Alabama and is now in the process of getting her PhD from the University of Alabama in Huntsville in Biology. Tiffany grew up doing gymnastics and she is a certified gymnastics coach. Tiffany is the Head of our CrossFit Kids program. Her favorite movements are Handstand Walking and Muscle Ups. Her least favorite movement is wallballs.. all day everyday.

Scott grew up in Rocky Point, New York, a small town in Eastern Long Island. He graduated from West Point and served 22 years in the Army, completing a Master’s Degree at Georgia Tech along the way. While serving in the Army Special Operations, Scott was first introduced to CrossFit in 2007. In 2016, he started coaching and has enjoyed sharing what he’s learned throughout the years from many great coaches he has worked with, his wife Tracey is also a L2 CrossFit Coach. He emphasizes the benefits of CrossFit and improve the health of all who workout at CFES.

Spencer grew up in Huntsville, Alabama where he earned his Bachelors and Masters degrees in Aerospace Engineering from University of Alabama in Huntsville. Spencer started CrossFit in 2016. He wanted to get back into an active lifestyle and to feel healthier. He was quickly immersed in the incredible community and profound methodology. Now as a coach, he loves to help others get better day after day and to reach and exceed their goals!

Favorite Movement: Anything on the pull-up bar